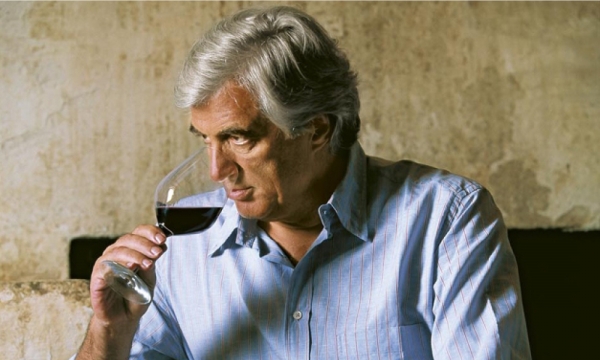 That the appetite comes with eating is a proverb in many languages, and its truth is also born out in the world of wine: once bitten by the bug, many a prudent investor has become so enamored of wine that, after the initial investment, he throws caution to the winds and jumps in head first, ready to take out his checkbook and start writing as soon as an attractive property becomes available.

Antonio Moretti Cuseri is the classic example of the successful entrepreneur who discovered wine at a certain point in his life and proceeded very rapidly to put it at the center of his interests, energies, and goals. To a certain extent, this was a return to his origins: his father, a highly regarded architect in Arezzo, owned a country property in the upper Arno valley and his Sangiovese was regularly sold to leading Tuscan nègociant houses, quick to recognize its quality.

It should be remembered that this part of Tuscany had already gained important recognition in the early 18th century when the Medici Grand Dukes named it one of the four highest level viticultural areas. On a par with Chianti Classico and Carmignano, by no means a small feat. The current reputation of the zone, however, is almost entirely due to the work of Moretti, who has expanded his holdings to an impressive 125 acres, planted the major international grape varieties alongside Sangiovese, and both sought and found the highest possible professional consultants to assist him in his work.

The excellence of the wines has rapidly become known in the most significant international markets, and it is a virtual certainty that the overall quality levels will increase. An important innovator in his work in the fashion business – he was one of the first to begin working in Eastern Europe, demonstrating that properly trained manpower can achieve enviable results in theoretically less developed countries – he has performed the same operation in the upper Arno valley, now once again, after two centuries, an area which competes with the best.