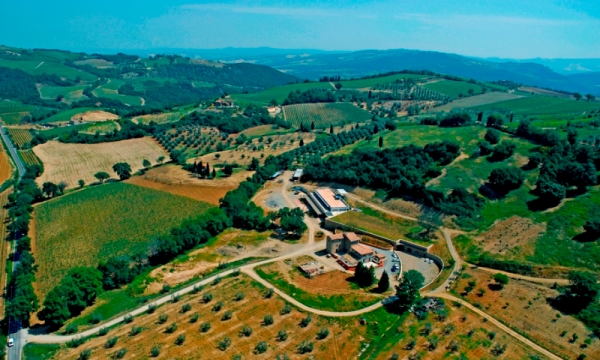 View on Tenuta Fanti in Montalcino

View on Tenuta Fanti in Montalcino|Tenuta Fanti's staff| |||
The career of Baldassare Filippo Fanti, scion of an old Montalcino family, reassumes and epitomizes in many ways the evolution and development of the entire production zone, the town of Montalcino, its wines, and its various appellations. As little as three decades ago, Fanti’s principal activity was the family olive mill where he made his own extra-virgin olive oil and milled the olives of many another small grower in the area.

Wine began to assume a greater importance the family scheme of things in the 1980’s, a certain – but limited – vineyard acreage was planted, and the production of wine was assisted by the first – of a series – of competent professional consultants.

Things began to change dramatically in the 1990’s, however, as the wine bug bit Fanti hard: vineyard land rose rapidly to the current 125 acres, all of it in the highly favorable area to the north of the Charterhouse abbey near Castelnuovo dell’Abate, two of Italy’s most talented oenologists – Attilio Pagli and Stefano Chioccioli – succeeded one another in the supervision of the vineyard and cellar work, and the wines – justly – began to win wide recognition and much appreciation for their power and personality. From olive miller, Fanti found himself in the position of prestigious producer whose wines circulated in all of the world’s principal markets for better Italian wine. Success has continued in the new millennium as well, but the house is certainly not resting on its laurels: the Brunello Riserva, formerly produced in the 1980’s, has now returned with the 2007 vintage and, perhaps in recognition of the fact that popularly-price wines are also important for a house of a certain size, so have two other more affordable offerings: a Rosato and a crisp and fruity entry level red wine, Sassomagno, a pleasure to drink. 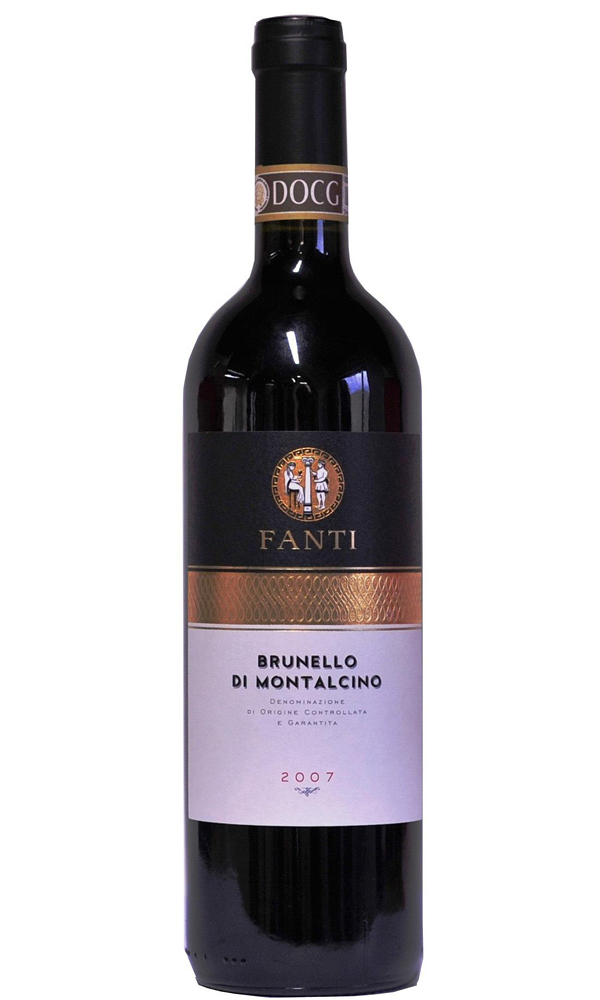