Talosa, a tuscan winery near Montepulciano

Talosa, a tuscan winery near Montepulciano ||
The wine-producing towns of Tuscany, often attractive and picturesque hamlets perched over one of the world’s most beautiful countrysides, rarely offer an architecture as important as the landscape: the artistic and architectonic creativity, where it exists, was invested elsewhere, in the churches and monasteries, the villas and castles, which dot the surroundings. The great exception, of course, is Montepulciano, often called “the pearl of the Renaissance” for the splendid palaces which line its streets and piazzas.

Once put to good use by the local ruling families, who used their underground spaces to age and store the wine they produced in the vineyards which girdled the city. The crowded spaces which now make working in city centers somewhat impractical have driven many of these cellars outside the city walls, but some still remain, among them the impressive vaults, niches, and brickwork of the Tarugi and Sinatti palaces, which house the aging facilities of the Fattoria di Talosa a significant productive reality with its 80 acres of vineyards in the highly regarded Pietrose sub-zone of the appellation.

The property has belonged to Angelo Jacorossi. Born in 1972, in the last decade and a half has seen a perceptible, and admirable, rise in the quality of the wines, fruit of important investments in the cellars, particularly in the rotation of the oak for aging, and a new rigor in the vineyards, characterized by low yields and an attentive selection of the grapes during the harvest. The full range of Montepulciano is produced but, somewhat unusually, the Riserva is important also in terms of numbers, from 12 to 18 thousand bottles according to vintage, an impressive number indeed. 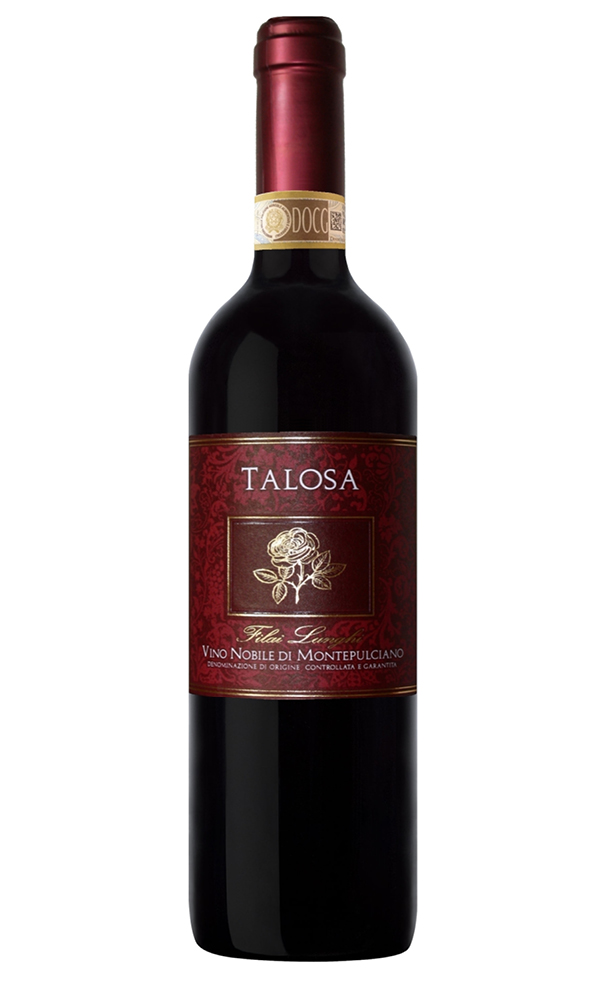