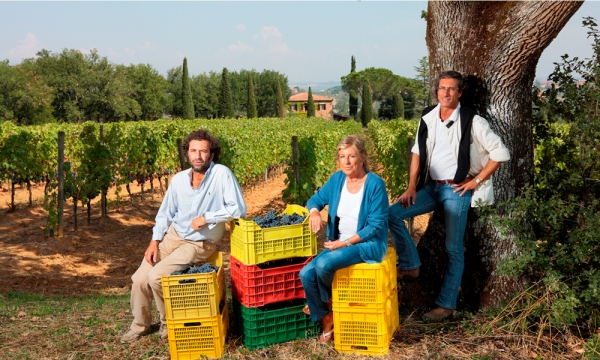 The owners of the Podere Boscarelli farm in Montepulciano

The vineyards of Podere Boscarelli

As always, it was a far- sighted few which showed the way out of what appeared to be a blind alley: a renewed commitment to quality and a firm faith in the potential for excellence. The pioneer – and here there can be absolutely no discussion – was Paola Corradi, a native of the zone, and her husband Ippolito De Ferrari.

The decision to begin was taken in 1962 when the couple, living at the time in Genoa, purchased a country home and land in the area where the Corradi family had once purchased the wine for its home consumption. The choice could not have been more felicitous: the Cervognano sub-zone of Montepulciano is unquestionably a spot where superior Sangiovese can consistently be produced by serious and professional houses. And, in fact, the first bottles of the wines with the Boscarelli label were a revelation, the confirmation that Vino Nobile was indeed one of the great wines of Tuscany.

Quality has never either slipped or faltered in the subsequent decades and the Boscarelli name has remained a standard bearer for the appellation. Maurizio Castelli has, for decades, been both a valued source of winemaking counsels and a factor for continuity, and Paola De Ferrari now works with her two sons, equally passionate in their dedication to the cause. 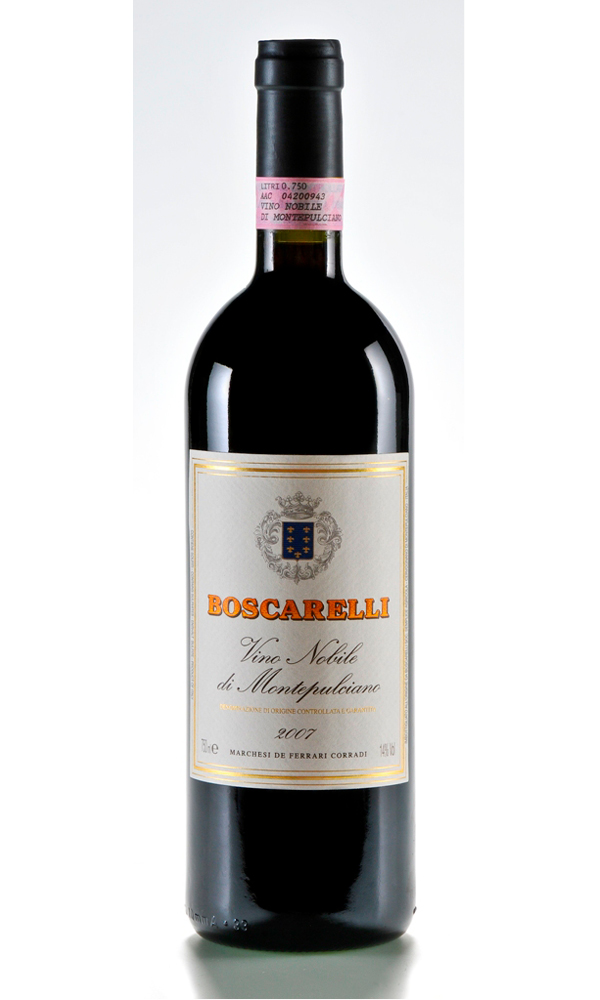